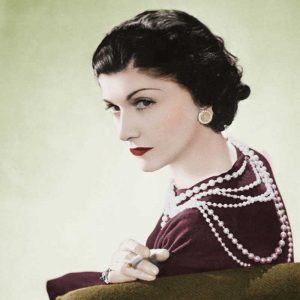 Coco Chanel 1920s aka Gabrielle Bonheur is a popular fashion diva who is well known for setting major milestones in the fashion industry during the 1920s.

Born on August 19, 1883, in France, Coco Chanel is popularly known for her game-changing perfume Chanel No. 5; which is still one of the most popular perfumes. She is mainly recognized for her trademark perfume, little black dress, hats, suits, jewelry, and even suntans. She introduced the trend of comfortable and easily wearable design.

She changed the fashion industry of the 1920s into a whole new direction by breaking the stereotypical clothing sense of women of her decades. Coco Chanel is still admired because of her simple yet elegant designs. She is a strong, independent, and brave fashion icon who not only brought a revolution in the fashion industry but also remained a role model for many women.

Coco and her tragic childhood:

Coco had a tragic childhood. She came from an extremely poor background. She was raised with half a dozen brothers and sisters in a single room. Her mother used to work as a laundrywoman and her father was a street vendor. At 11 years old, her mother died, she along with her two sisters were mercilessly left at an orphanage while her two brothers were left with a local family to work on a farm.

Coco learned about sewing at the orphanage where she was left by her father. She started her work as a seamstress. She also worked at a local shop as well as sang in local cafeterias to make her living in the early days of her life. She became popular as Coco when her song “Who has seen coco?” became popular among locals. However, she wasn’t able to keep up with her singing career in the long run. Within a few years of her life, she realized that stage career was not meant for her.

During the phase of life, Coco met many influential people who supported her to establish a career in the fashion industry. She was also known to be the mistress of some rich and powerful person among which most of them are believed to have sponsored her boutiques and fashion houses. Although she was widely known for her affairs, she didn’t marry anyone during her entire life.

Coco is best regarded as an innovator who changed the scenario of the fashion industry of the 1920s into a whole new direction. She introduced comfortable and revolutionary fashion products like suits, little black dresses, jersey, fake jewelry, and fashionable hats which were highly appreciated and followed by women. The main reason behind it was the simplicity and comfortability that freed the women of the 1920s from tight and uncomfortable dresses. She also introduced the popular perfume Chanel No. 5, which introduced a simple yet elegant trend in the fashion industry.

Coco won the Neiman Marcus Fashion Award in 1957 in Dallas. It was a yearly award created in 1938 by Carrie Marcus Neiman and Stanley Marcus awarded to people who made a major contribution in the field of fashion.

Coco Chanel had a major impact on society during 1920s:

She proved that women were more capable than just being a housewife. Also, she influenced women of the 1920s to have freedom of choice in wearing their dresses. Freeing women from the tight and uncomfortable dresses and introducing suits and jerseys which were limited only to men is also one of the notable contributions of Coco. In a nutshell, she was able to change women’s perspectives in viewing and objectifying themselves. She is still a leading example of boldness and a revolutionary role model.

Suntan: Once Coco got suntan while returning from a journey but her texture was highly appreciated and followed. It won’t be wrong to claim that Coco made Sun tan fashionable.

Sports clothes: She introduced jersey and tricot to women which otherwise were only used to make men’s underwear

Perfume: Chanel No.5, Coco Mademoiselle are the two most popular perfumes introduced by Coco.

Suit: She introduced a collarless, braid-trimmed cardigan jacket with a skirt.

Pants: Coco Chanel introduced first pants for ladies, among which bell-bottom pants were one of the most popular ones. 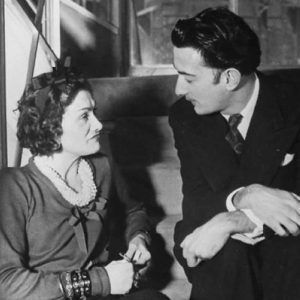 Coco lived a controversial personal life. She is also known for multiple relations and affairs. She has also had secret relations and remained as mistress to almost all the influential and powerful figures of her time. It is said that she had nearly a dozen boyfriends.

However, Boy Capel was believed to be the one whom she loved truly and after his death, in a car accident, she was turned into pieces and never recovered from his memories. Although Boy Capel was constantly cheating on her and even got married to another girl, he never fully broke up with Chanel. Since Chanel was known to be involved in too many relations, she acquired a reputation for a sexual predator in later years of her life. She was also doubted by many people for being by-sexual.

How did Coco Chanel die?

After living a solitary life in a hotel of more than 30 years, Coco Chanel passed away in 1971, at the age of 87. “You see, this is how you die”, were the last words she spoke to her maid Celine on her deathbed. Coco even after her death got a lavish funeral where she was buried with white flowers. Also, her headstone was designed by a designer which has lions engraved in it. The first seats in the funeral were occupied by all her models and she was given the most respectful funeral possible.

Coco Chanel net worth was $100 million. She lived the latter portion of her life lavishly in a hotel room until she passed away. After her demise, Chanel was in crisis for more than a decade. However, after the appointment of Karl Lagerfeld as the creative director, the brand Chanel didn’t take more time to regain its stability, unity, and popularity as well.

Karl handled the Chanel well and even experimented with more innovative ideas, however, after his demise on Feb 19, 2019, Virginie Viard is announced as the new successor of Chanel.

Coco Chanel grew from nothing to everything. She is still a role model of bravery and hard work for many people these days. She has inspired many people in her fashion industry of the 1920s. There’s no doubt why she is still worshipped in her industry even after many decades. She will always be remembered for her contributions and what unique concepts she provided to the fashion industry will always remain commemorated.