In a small and very rural town of Kosciusko, Mississippi a small girl opened her eyes on the earth for the very first time on January 29, 1954. She was born to a very poor and struggling family. Her mother was a housemaid and she was unmarried. Her father was in the Army Forces when she was born. Leaving the poor baby girl alone, her mother traveled north as soon as she was born. The baby was born with a bit of unfortunate luck facing so much trouble right from her birth. After she was abandoned by her mother, she was taken by her maternal grandmother to take care. Yes, we are talking about Oprah Winfrey as a kid and her early life story. 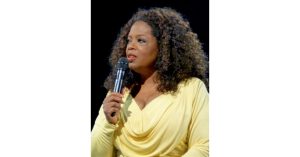 Oprah Winfrey and her grandmother faced inexplicable severity of scarcity and poverty. They were so helplessly poor that her grandmother couldn’t even afford to buy her dresses. Oprah Winfrey as a kid often wore the dresses made of potato sacks for which she was ruthlessly mocked by the neighboring kids. However, God had planned something great for the baby. She was blessed with a magical capacity of learning quickly. Despite being poor, her grandmother taught her to read before the age of three. She used to take her to the local church and in no time the kid started reciting Bible verses. Dumbfounded by her abilities, Oprah Winfrey as a kid was nicknamed “The Preacher” in the church.

When Oprah Winfrey was a kid she was actually named Orpah Winfrey after her father Vernon Winfrey. However, her name was so intensely mispronounced as “Oprah” that it stuck as her name afterward. When the baby girl Oprah turned 6, she went to live with her mother. However, her mother was not that welcoming. She even had given birth to her another daughter, the half-sister of Oprah. Oprah Winfey as a kid stayed with her mother for 2 years but was not supported or encouraged by her at all. Not only this, her mother felt that it was too difficult to raise two daughters, and hence, she sent the little girl Oprah to stay temporarily with her father Vernon in Nashville, Tennessee.

After staying at her father’s for a few years, when she returned back to her mother, she had one more half-sister and a half brother as well. Life for Oprah was struggling and puzzling all the time. She was surrounded almost every time and everywhere by the people who neither loved her nor took care of her properly. Not only this, but her upbringing was also so rugged and troublesome that she at that very small age had a very bad impression of “motherhood”. This even made her think that she will never be a mother because she never knew how warm a mother’s love could be.  But life definitely doesn’t work the way we plan, does it? 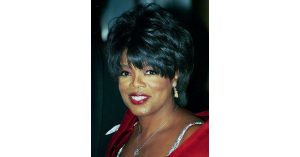 When Oprah turned 9, she entered her early adolescence. She was made the target of sexual abuse by many people. The ill-starred child was molested by her own uncle, cousin, and a family friend as well. However, the helpless kid had no one and nowhere to complain about and she kept quiet for many years. After 5 years of continuous abuse, when Oprah turned 13  she, unfortunately, got pregnant and gave birth to her son. Because of her young age and no proper care, the child born was premature and he died shortly after birth.

Oprah once again was sent to stay with her father and this time her mother never took her back. Perhaps something being planned by fate.  When Oprah went to stay with her father, he was very strict but equally encouraging and supportive. He started making her education a priority and the life of Oprah started taking turns. Having a gifted capacity right from her childhood, Oprah soon started making a lot of progress in her studies. In no time people started noticing her charisma. She became an honors student. She was also voted the most popular girl in her school. Oprah joined a highschool and engaged herself in her high school speech team. She won many competitions including securing a second position in the nation in dramatic interpretations. Not only this, she even won an oratory contest, which secured her a full scholarship to further join a University where she studied communication.

Oprah started having better times. When she turned 17, she took part in Miss Black Tennessee beauty pageant, and there she out stood everybody winning the title. Because of this, she also attracted the attention of the local black radio station which hired her to do the news part-time. While working part-time, she continued her senior year of high school and her first two years of college as well. When she turned 19, she became a news anchor for the local CBS television station. While she was continuing her graduation programs in her university, she was also made a reporter and co-anchor for the ABC News affiliate in Baltimore, Maryland.

Days started getting better for Oprah and she started blooming in her career. She came into high demand all over the country. Today Oprah is a very successful multi-billionaire. In Fact, she is the first female billionaire. Oprah even ran her own show called “The Oprah Winfrey Show” which was nationally syndicated for 25 years until 2011. She opened her own production company called “Harpo Production” Not only this she soon gained ownership of a program from ABC integrated with her production company and made a lot of money from there.

From a poor kid who wore dresses made of potato sacks to a multi-billionaire, Oprah had an adventurous journey. No wonder, a butterfly once was an ugly pupa and one can cherish real fruit of victory only after undergoing a certain level of hard work. Maybe it’s the reason why Oprah truly said: “The whole point of being alive is to evolve into the complete person you were intended to be”.